I know you have all missed this series and I’m back with one of my favorite ones! I have been writing about Portland Center Stage a lot lately, because I am head over heels for it. Read posts about plays here and here.
I sat down with Merideth Kaye Clark, who is the lead in the currently running show at Portland Center Stage, The Last Five Years. It is an amazing, “musical about two New Yorkers in their twenties who fall in love. The title is not only a reference to their relationship, but also a call to the structure of the play itself, with the element of time folding in on itself and echoing the sometimes disorienting quality of love. Cathy tells her story of the courtship backwards, while Jamie tells his story chronologically.” (PCS)
I saw the show and it was emotionally charged and SO great. It’s only playing for one more week- do yourself a favor and go see it. Now on to the interview! 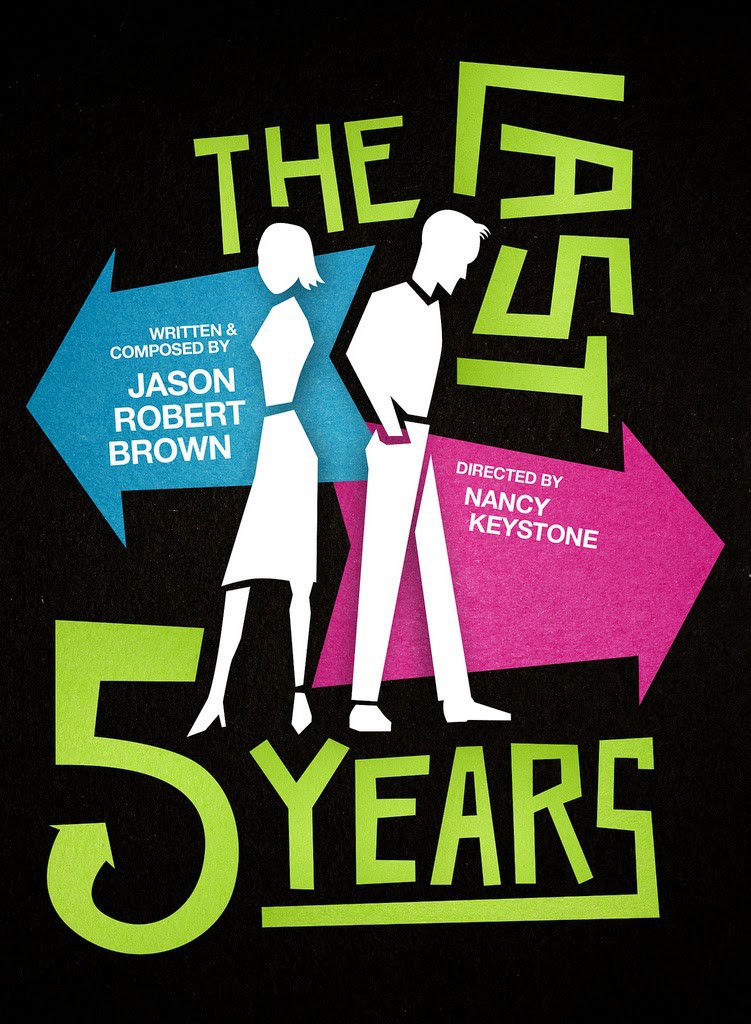 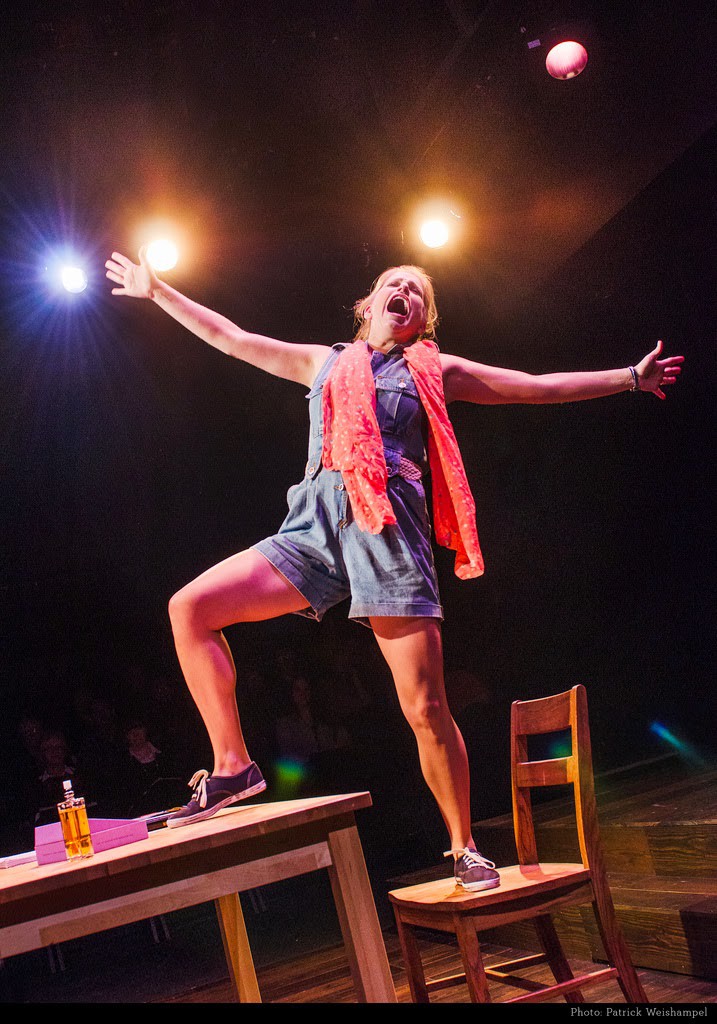 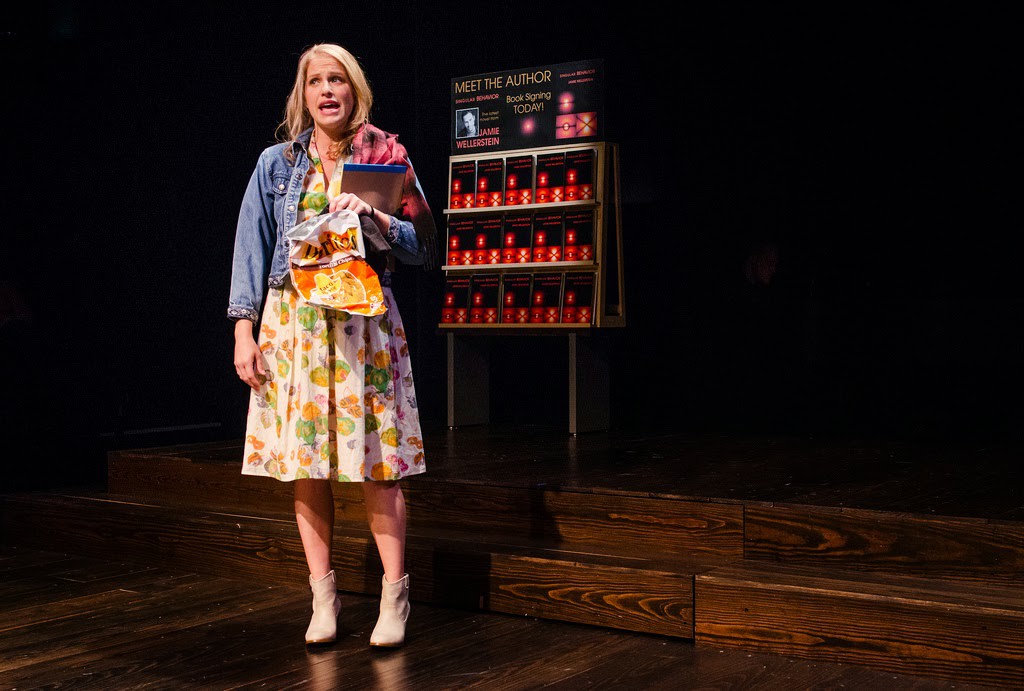 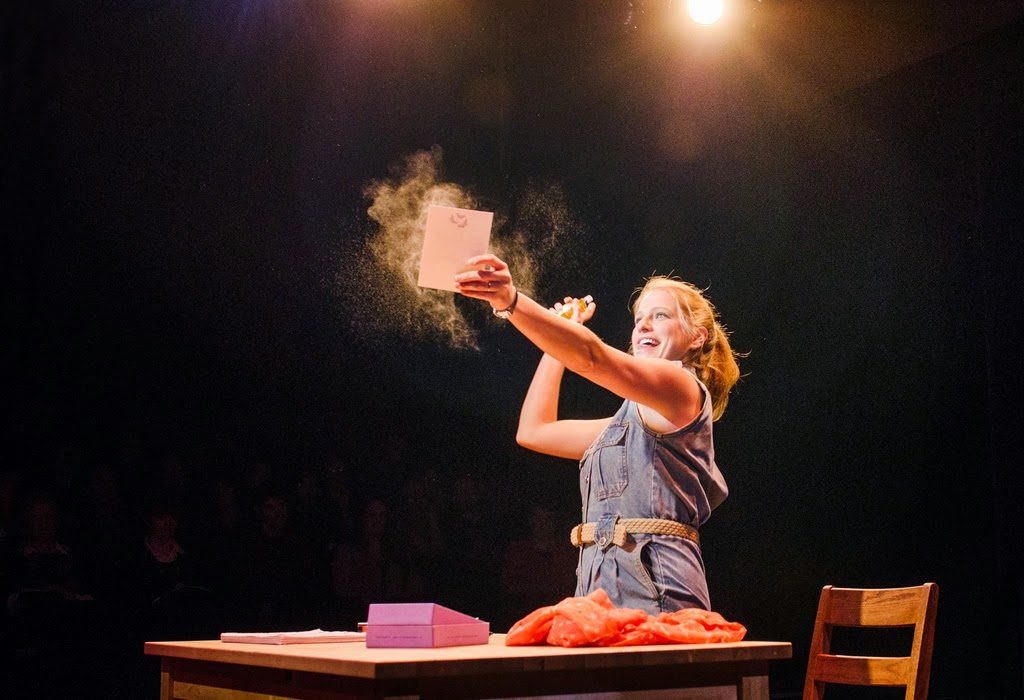 (Photos by Patrick Weishampel.)
Q. What is your coffee drink of choice
I love an Americano, but since I am singing right now I have to do
decaf. Something about caffeine, I get too sped up and over sing. So I have to
really cut down on my caffeine in-take while I’m doing a show.
Q. So, what’s your story? How did you end up here?
Well, I was living in New York for 10 years as an actress, touring
and living on the stage. I came off tour and was ready for a big change. About
the same time I was thinking about doing some other things- I fell in love with
a man from Portland. We were long distance for a year and we decided to make a
plan to be together. So I decided to come out to Portland. I left my
apartment in NY and came out here and haven’t been back since. That was about a
year and a half ago. The apartment sold on April 9th, 2014- but my tenants are the ones who bought it, so after Last Five Years closes,
I am going to get all my stuff. But singing and acting, I always did for
fun. Studied music in school, choir, theater etc, but I didn’t think theater
was going to turn into a career, I thought I was going to be a doctor. I went
to New York after college and did an NYU theater program and I knew
this is what I wanted to do.
Q. Who is your role model and why?
It’s hard as an actor, but I have a very recent role model and it
took moving to Portland to meet her. Susannah Mars– she is one of the most
talented, grounded, hysterically funny women and she also manages to have a
family, a connection with the community and she is stylish. She is an
amazing performer. I’ve done two shows with her and she’s become a good friend.
Q. Who is your celebrity crush
Oh!! I was just talking about this the other day, my very first crush
was Scott Bakula from Quantum Leap. Oh My Gosh. I thought it was so racy in the
opening when they would show him and you could tell he was naked. I loved him
and he is also a musical theater person- I found out later. 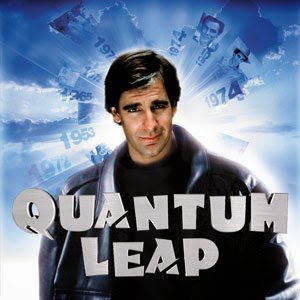 Q. If you had a time machine that only worked once, where in history or
the future are you going?
I really like what’s happening now, so I wouldn’t want to leave now,
but if I had to choose the-   late 60’s. So much good stuff was happening in the
country- people were making change. I’d like to see my parents at that stage.
And Scott Bakula- maybe he would be there.
Q. What are your favorite activities to do in your free time?
I like playing guitar. I have an awesome dog named Huck Finn- he is
a golden doodle. I like to go on hikes. I ride my bike around town. I love food
so I like trying new places. One thing I really love are Portland happy hours.
I have two favorites. Early happy hour is Blue Hour. Late night happy hour I go
to Cassidy’s. The food is really great and its really quiet (although, maybe I
shouldn’t tell everyone) but as a singer I need to go quiet places. I can sit
across from someone and have a quiet conversation.
Q. What is your proudest achievement?
Moving to New York, not knowing what I was getting into and being a
total failure for a couple years. Then having a successful career on
Broadway, eventually.
Q. Your house is burning down, what three items do you grab?
Huck. My guitar. My viola. I have nothing of value…haha it’s all
in New York. I really don’t have a ton of choices.
Q. What are your vices?
Downton Abbey. I watch it like
there’s nothing else in life. Right now I’m getting into True Detective, but I’m not quite as into it. Although, I’m not a
huge Matthew McConaughey, and when he thanked himself at the Oscars. Don’t get
me started. I was so annoyed. Food is also a vice.
Q. What was the best thing to happen to you this week?
A successful opening of our show. (The Last Five Years) That is a huge deal. I remember a time when I
thought it wasn’t a big deal. The last few shows I’ve done there was such a
lead up to it and a nice release when it’s over. I was proud of our opening.
Q. What’s in your fridge?
I have mostly Trader Joes products- that’s where I like to shop. I
made a spaghetti sauce yesterday that was really good. I had friends over on
Monday night and they brought vegetarian enchiladas, so we have left overs of
that. I made a tomato and mozzarella salad. Coconut water. Mango passion fruit
juice. Kale. And tortillas for burritos later this week.
Q. You can invite 8 people to a dinner party. Who is on your list? And
who is your first alternate guest?
Not because of religion, but I want to know more about Jesus.
Ghandi
Michelle Obama. Maybe watching Michelle Obama ask Jesus questions.
Eric my partner
My best friend Jen
Mozart
Stephen Sondheim, he is a musical composer. He is brilliant.
Dolly Parton
Q. Describe yourself in 3 words
eerrrrrr (hahah can that count?) playful, spontaneous and emotional
Q. What is one of your best qualities?
I’m forgetful. I don’t hold grudges. If something happened there is a
chance I will forget it did. I’m very present. It’s water off a duck’s back for
me.
Q. What is your favorite meal/ dish?
Fried chicken, mashed potatoes, corn on the cob, and a side of strawberry
shortcake for dessert. In a perfect world it would be at my grandmother’s
sunday dinner table.
Q. What is one piece of advice/ quote that you try to live by? Or your
favorite.
Eleanor Roosevelt had a quote about, “You must do the thing
that you fear” If I’m afraid of something, I know I must do it and conquer
it.
I’m telling you, go see Merideth perform. She is outstanding and such a lovely person. You will be so happy you saw her!
The Last Five Years! Tickets still available. The show ends June 22. GO THIS WEEKEND!
If you need more convincing. Here is a clip of Merideth singing:
Love, Rachel xo
CAT Adoption Center Visit
Restaurant Review: Shut Up and Eat!

Four years. ⁣ ⁣ Someone told me at the beginni

these days, Saturdays are for the plants. 🪴

#ad Sheet pan nachos are a go-to in our household.

not everything ⁣ you believe about yourself ⁣